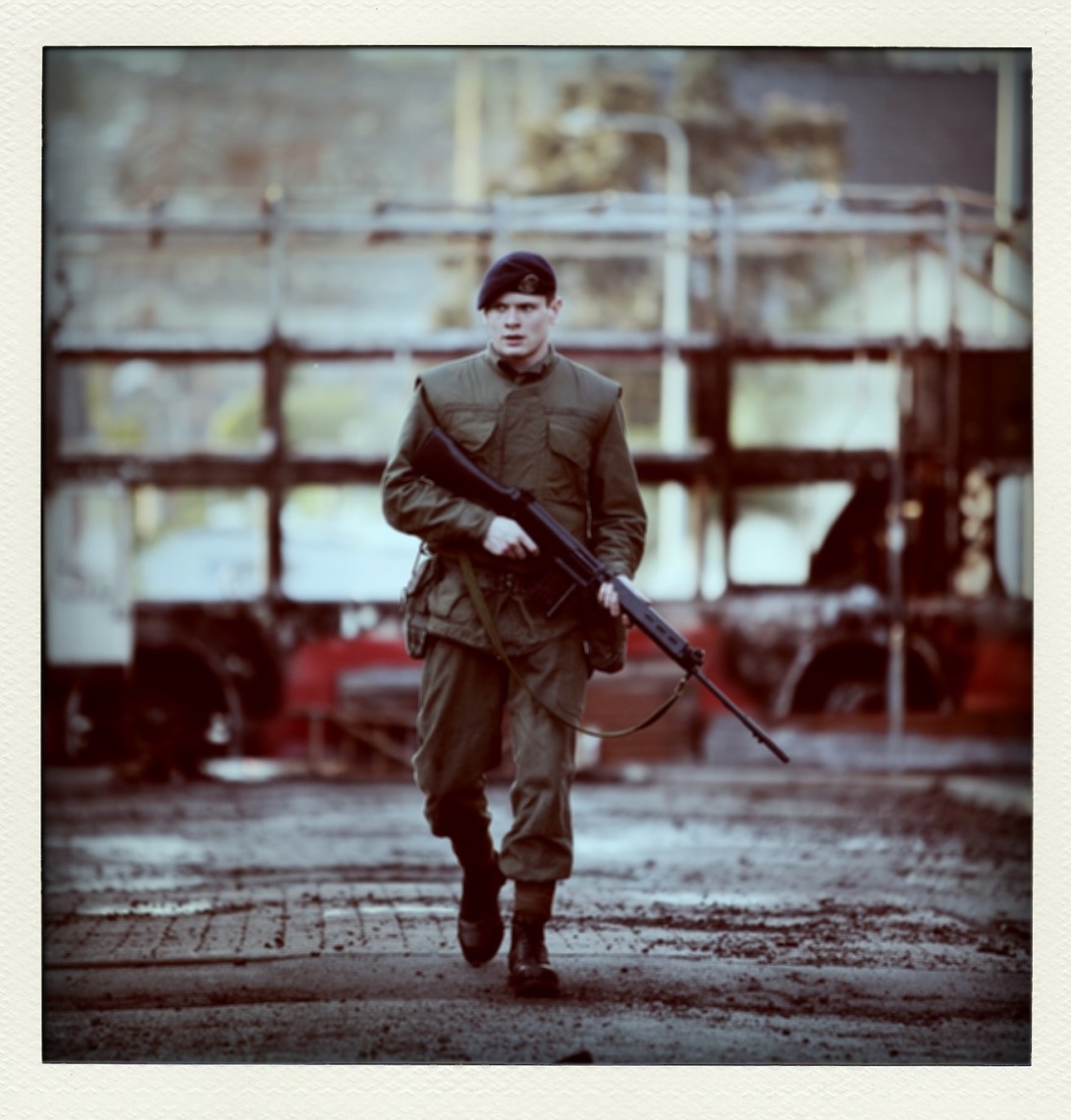 So, whilst I try to muster up the enthusiasm to go and watch Hunger Games: Mockingjay – Part 1 (2014) (I do like the first two films but I can’t see how anyone will really care next year) and Interstellar (2014) continues to blow people away, my local cinema rather randomly sneaked Yann Demange’s ’71 into their schedule so I just had to go and watch it.  It would be rude not to.

’71 is John Carpenter in it’s simplicity and intelligence.  A British soldier gets left behind after a house search provokes a small riot in Belfast.  The stakes are immediately upped with a cold blooded execution and it’s life and death from that point on.  But it’s also smart in it’s representation of a political, social and violent mess.  You can see where people are coming from, how their decisions are made and what their actions create.  This is tense and tense and made even better by a refusal to supply much context, a decision that makes the story more universal and immediate.

Jack O’Connell is once again brilliant in the central role.